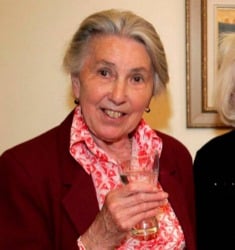 Last week was momentous for five Irish Charities following the passing of Elizabeth O’Kelly. Mrs. O’Kelly donated €6 million each to The Irish Cancer Society, The Irish Heart Foundation, The Irish Kidney Association, The Irish Society for Autistic Children and the RNLI. For the Irish Cancer Society, which is one of Ireland’s largest, most prominent charities the gift was the largest the organisation has ever received and represents the income of two annual Dafodil Days.

Despite the generosity of the gift it puts into context the reality of how underdeveloped legacy giving is in Ireland. This is largely due to the to lack of tax incentives surrounding charitable giving. This makes Ireland is one of the few developed economies which caps the incentive. Most countries, including the U.K., set no annual limit for the value of donation by a taxpayer on which the tax paid is reclaimable.

According to 2into3’s Annual Fundraising Performance Report, for legacy donations, the U.K. offers a specific incentive where 10% or more of an estate is donated there is a 4% reduction on the tax paid on the entire estate. In Ireland no such incentive currently exists.

While this bequest is an achievement to be celebrated by very deserving organisations, this type of giving should be the norm, especially considering Ireland’s aging demographic, as the intergenerational transfer of wealth becomes an increasingly relevant issue.

According to the Community Foundation for Ireland’s Legacies for Good report, the prize is too big to ignore! Currently in Ireland, it is estimated that only 0.9% of intergenerational transfer of wealth at death goes to charity compared to 4% in the U.K. If charitable legacies in Ireland were to match the 4% in the U.K. they would be currently generating up to €220 million per annum.

Finally, if these types of gifts are to become the norm, the sector must come together and move towards relationship-based fundraising and be able to articulate their vision and focus on transformative gifts as part of their fundraising strategies!