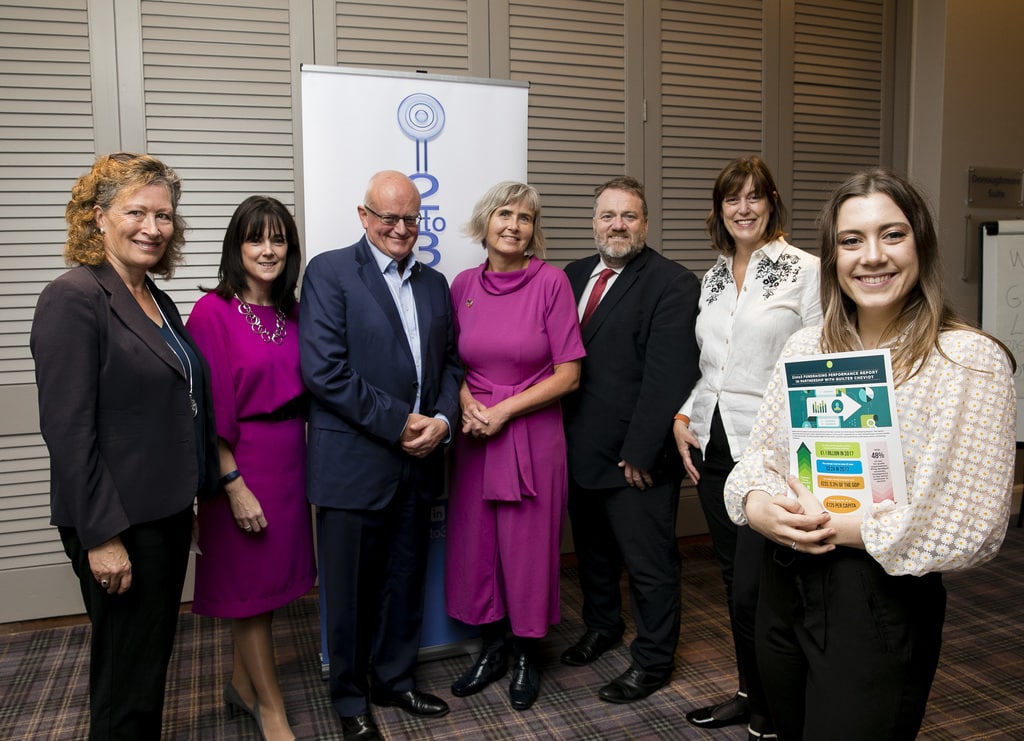 At the launch of The Irish Not-for-Profit Fundraising Performance Report commissioned by 2into3, supported by Community Foundation for Ireland, Quilter Cheviot, BDO and Salesforce.org

Growth in Philanthropy Accelerates for the Irish Not-for-Profit Sector
• Fundraised income increased 9%, rising for the 8th consecutive year
• Ireland’s per capita giving is €233 compared to €395 in the U.K., €386 in N.Z. and €1,122 in the U.S.
• Transparency in the sector continues to decline significantly
• Average cost to raise €1 in 2017 was 24c
Complied annually by 2into3, this year’s report, launched on Friday 27th September, builds a year on year performance insight into fundraising by the Not-for-Profit sector in Ireland. It used a representative sample of not-for-profit organisations to chart philanthropic income trends in Ireland.
The report estimates Ireland’s charitable giving to be at €1.1 billion in 2017, with Irish people giving an average of €233 annually and philanthropy forming 0.30% of Ireland’s GDP. The figures are revealed in “The Irish Not-for-Profit Sector: Fundraising Performance Report 2019” published by 2into3 and supported by The Community Foundation for Ireland, Quilter Cheviot, BDO and Salesforce.org. The report can be accessed here